My Friend Died From Cancer Today 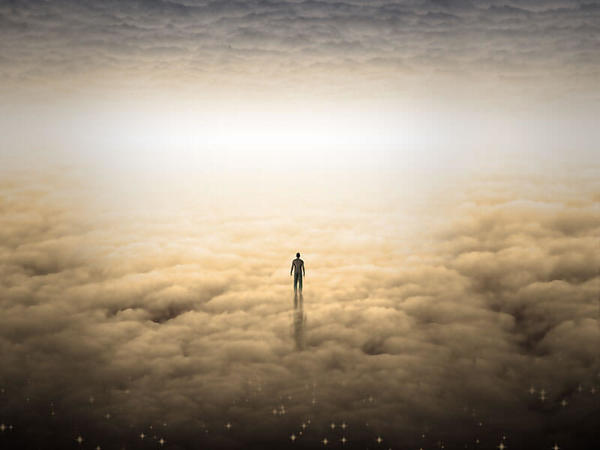 My friend died from cancer today.

His was a short, eight-month-long battle for survival, but it was a brutal one. Now his wife and young children are not planning for Christmas; instead they are planning his funeral.

This man’s passing is a tragedy for his family and friends to be sure. But it also serves as a sad reminder of the tight grip cancer has taken on so many lives.

Approximately 39 percent of men and women living in the United States are expected to be diagnosed with cancer at some point during their lifetimes, according to the National Cancer Institute. For this year alone, the American Cancer Society has estimated there will be more than 1.68 million people newly diagnosed with cancer and more than 600,000 deaths from cancer. Cancer is the second-leading cause of death in the United States.

One of the sinister twists to this creeping killer is that while we know the myriad types of cancers are caused by mutations to the DNA within cells, pinpointing exactly what agent or actions triggered the deadly DNA changes that led to a specific cancer in a specific individual is not easy.

Researchers say there are an array of causes for cancer, including an unhealthy diet, obesity and alcohol intake. Researchers also point to what they call “environmental pollutants” ― substances such asbestos, arsenic, benzene, chromium and, notably, the pesticides that have become pervasive in our lives in recent decades and are used by farmers in food production.

Data from our Food and Drug Administration (FDA) and U.S. Department of Agriculture(USDA) show that foods we eat on a regular basis contain residues of hundreds of different pesticides, tiny invisible traces of insecticides and weed killers in thousands of commonly consumed foods, including fruits and vegetables. We are also exposed to pesticides in our drinking water, and through applications made to our parks and playgrounds, lawns and gardens and schoolyards. Pesticides are also often sprayed from the air across fields and forestry.

Research suggests a possible connection between pesticides and cancers such as non-Hodgkin lymphoma, multiple myeloma, and prostate, liver, pancreatic, lung and non-melanoma skin cancers. The American Academy of Pediatrics is so concerned that it is on record voicing its concerns about pesticides and ties to childhood cancers, and has called for greater protections from exposures.

The Pesticide Action Network North America, a consumer and environmental advocacy group, says that evidence is growing ever stronger that pesticide exposure is a key contributor to what the organization calls a “cancer epidemic.”

Worldwide, there are more that 14 million cases of cancer occurring each year, and that number is expected to hit nearly 22 million by 2030. Cancer “affects almost everyone’s life, either directly or indirectly,” and beyond the toll on life and health it costs the United States more than $200 billion in medical costs and lost productivity, according to the U.S. Department of Health and Human Services (HHS).

In order to reduce deaths from cancer we have to put more emphasis on preventing it in the first place, and a big part of that “primary prevention” has to do with addressing environmental causes, according to a 2016 report by the HHS National Toxicology Program (NTP). “An important step in primary prevention,” the NTP states, “is to identify the carcinogens.”

It is not a good sign that some members of Congress are now working to discredit and defund the International Agency for Research on Cancer (IARC), an arm of the World Health Organization specifically charged with identifying and classifying potential carcinogens. The actions by Republicans within the U.S. House of Representatives Committee on Science, Space, and Technology come after IARC angered Monsanto Co. when it declared the pesticide glyphosate, a key ingredient in Monsanto’s weed killing products, a probable carcinogen.

It is also not encouraging that President Trump nominated a pesticide safety advocate to oversee the Environmental Protection Agency’s chemical safety division. The nominee, Michael Dourson, has spent many years helping companies fight restrictions on potentially toxic chemicals. It is heartening, however, that strong opposition and outrage over Dourson’s nomination forced him to withdraw from consideration for the post on Wednesday.

Certainly, we all know someone with cancer or someone who has had it. But we cannot afford to become complacent, to accept this as normal, to allow politics to take precedence over public health. We need to work harder to support the science that identifies carcinogens, to encourage and fund research into alternatives to a toxic landscape, and to hold our regulators and lawmakers accountable for enforcing protective measures that limit our exposures to environmental pollutants.

I lost a friend to cancer today. It was just before dawn when he slipped away. A wife lost her husband of 30 years, a son and a daughter lost a father, and countless neighbors and friends lost a kind and generous soul, a man who devoted endless hours to coaching, mentoring and encouraging a community’s children alongside his own.

The losses are too great.