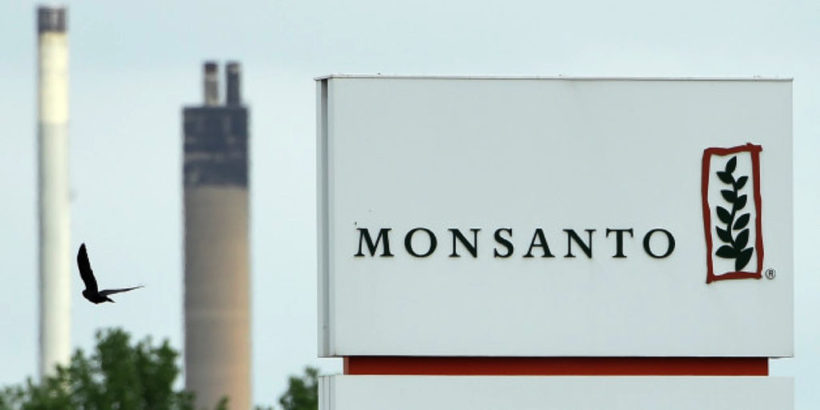 Monsanto owner Bayer AG has lost another appeals court decision in the sweeping U.S. Roundup litigation, continuing to struggle to find a way out from under the crush of tens of thousands of claims alleging that Monsanto's glyphosate-based herbicides cause cancer.

In a decision handed down on Monday, the 1st Appellate District in the Court of Appeal for California rejected Monsanto's bid to overturn the trial loss in a case brought by husband-and-wife plaintiffs, Alva and Alberta Pilliod.

"We find that substantial evidence supports the jury's verdicts," the court stated. "Monsanto's conduct evidenced reckless disregard of the health and safety of the multitude of unsuspecting consumers it kept in the dark. This was not an isolated incident; Monsanto's conduct involved repeated actions over a period of many years motivated by the desire for sales and profit."

The court specifically rejected the argument that federal law preempts such claims, an argument Bayer has told investors offers a potential path out of the litigation. Bayer has said it hopes it can get the U.S. Supreme Court to agree with its preemption argument.

In May 2019 a jury awarded the Pilliods more than $2 billion in punitive and compensatory damages after lawyers for the couple argued they both developed non-Hodgkin lymphoma caused by their many years of using Roundup products. (The trial judge lowered the combined award to $87 million.)

In appealing the loss, Monsanto argued not only that the Pilliod claims were preempted by federal law, but also that the jury's causation findings were flawed, the trial court should not have admitted certain evidence, and that "the verdict is the product of attorney misconduct." Monsanto also wanted the damage awards further slashed.

In the appeals court decision, the court left the award unchanged and said that Monsanto had not shown that federal law did preempt such claims as those made by the Pilliods. The court also said substantial evidence showed that Monsanto acted with a "willful and conscious disregard for the safety of others," supporting the awarding of punitive damages. The evidence showed that Monsanto "failed to conduct adequate studies on glyphosate and Roundup, thus impeding discouraging, or distorting scientific inquiry concerning glyphosate and Roundup," the court said.

The court also chastised Monsanto for not accurately presenting "all of the record evidence" in making its appeal: "Rather than fairly stating all the relevant evidence, Monsanto has made a lopsided presentation that relies primarily on the evidence in its favor. This type of presentation may work for a jury, but it will not work for the Court of Appeal."

The court added: "The trial described in Monsanto's opening brief bears little resemblance to the trial reflected in the record."

"Summed up, the evidence shows Monsanto's intransigent unwillingness to inform the public about the carcinogenic dangers of a product it made abundantly available at hardware stores and garden shops across the country," the court said.

The Pilliod trial was the third against Monsanto. In the first trial, a unanimous jury awarded plaintiff Dewayne Johnson $289 million; the plaintiff in the second trial was awarded $80 million.

Bayer, which bought Monsanto in 2018, has settled several other cases that were scheduled to go to trial over the last two years. And in 2020, the company said it would pay roughly $11 billion to settle about 100,0000 existing Roundup cancer claims. Late last month, Bayer said it would set aside another $4.5 billion toward Roundup litigation liability.

Bayer also announced it would stop selling Roundup, and other herbicides made with the active ingredient glyphosate, to U.S. consumers by 2023.

A jury of seven men and five women on Monday were hearing the fourth Roundup case to go to trial- Donnetta Stephens v. Monsanto in the Superior Court of San Bernardino County in California. Retired U.S. government scientist Christopher Portier, who has been an expert witness for the plaintiffs in each of the prior Roundup trials, testified at length on Monday, reiterating previous testimony that there is clear scientific evidence showing glyphosate and glyphosate-based formulations such as Roundup can cause cancer.

Carey Gillam is a journalist and author, and a public interest researcher for US Right to Know, a not-for-profit food industry research group. You can follow her on Twitter @careygillam.

Her new book is The Monsanto Papers: Deadly Secrets, Corporate Corruption, and One Man's Search for Justice, published by Island Press.

⇐ Bayer heads into next U.S. cancer trial, opening statements set for Thursday
‘The harm to children is irreparable’: Ruth Etzel speaks out ahead of EPA whistleblower hearing ⇒